Posted by Xenomanes on February 17, 2017
Posted in: Royal Household. 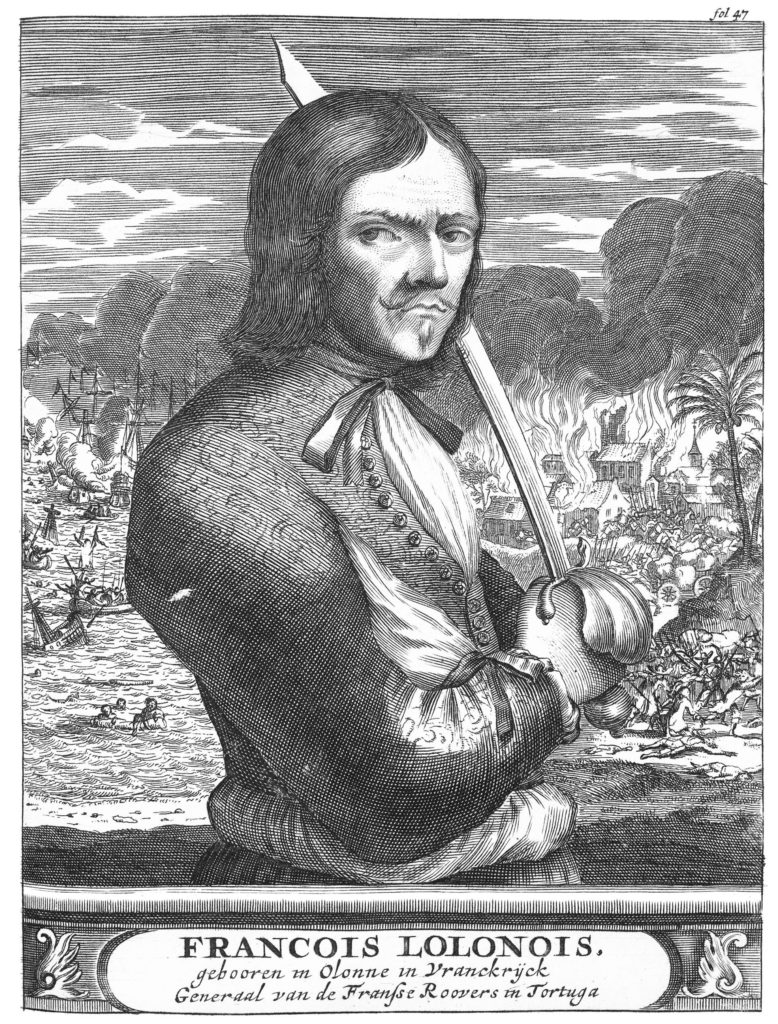 In his 1684 account The History of the Buccaneers of America, Alexandre Exquemelin notes François l’Olonnais’s place of birth as les Sables-d’Olonne.

L’Olonnais first arrived in the Caribbean as an indentured servant during the 1650s. By 1660 his servitude was complete. He began to wander various islands before arriving in Saint-Domingue – in what is now Haiti – and becoming a buccaneer. He preyed upon shipping from the Spanish West Indies and Spanish Main.

A year or two (dates regarding l’Olonnais are uncertain) into his piratical career, l’Olonnais was shipwrecked near Campeche in Mexico. A party of Spanish soldiers attacked l’Olonnais and his crew, killing almost the entire party. L’Olonnais himself survived by covering himself in the blood of others and hiding amongst the dead.

After the Spanish departed, l’Olonnais with the assistance of some slaves escaped and made his way to the island of Tortuga. A short time later he and his crew held a town hostage, demanding a ransom from its Spanish rulers. The governor of Havana[who?] sent a ship to kill l’Olonnais’ party. l’Olonnais captured and beheaded the entire raiding crew save one, whom he spared so that a message could be delivered to Havana: “I shall never henceforward give quarter to any Spaniard whatsoever.”