An herb of similar energy 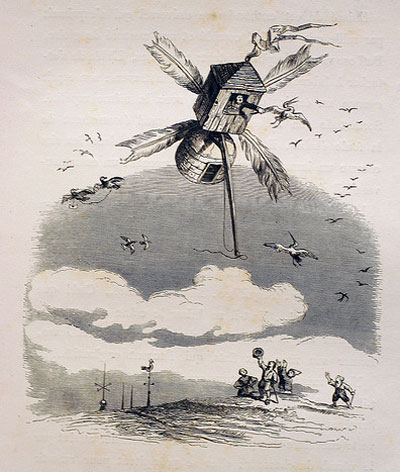 The Olympic gods were in the same fright saying, Pantagruel has put us in thoughts new and painful, more then ever did the Aloides, by the usage and virtues of his herb. He will soon be married, from his wife will come children. This destiny we cannot contravene; because it has passed by the hands and spindles of the fatal sisters, daughters of Necessity. By his children (perhaps) will be invented an herb of similar energy: by means of which humans may visit the sources of the hail, the floodgates of the rains, and the workshops of the thunderbolts. [They] will be able to invade the regions of the Moon, enter the territory of the celestial signs, and there take lodging, some at the Golden Eagle, others at the Ram, others at the Crown, others at the Harp, others at the Silver Lion; sit at table with with us, and our goddesses take to wife, which are the only means to become deified. Finally they put the remedy of obviating it in deliberation, and to council.

— The Third Book of Pantagruel: