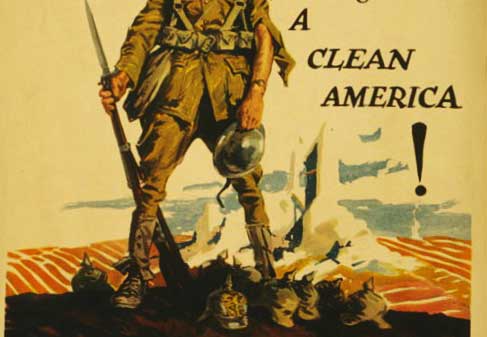 No crown indeed has been a higher honour than the crown of grass among the rewards for glorious deeds given by the sovereign people, lords of the earth. Jewelled crowns, golden crowns, crowns for scaling enemy ramparts or walls, or for boarding men-of-war, the civic crown for saving the life of a citizen, the triumph crown—these were instituted later than this grass crown, and all differ from it greatly, in distinction as in character. All the others have been given by individuals and personally by generals and commanders to their soldiers, or occasionally to their colleagues, or have been decreed in triumphs by a Senate freed from the anxiety of war and by a people enjoying peace; the grass crown has never been conferred except upon the leader of a forlorn hope, being voted only by the whole army and only to him who rescued it. The other crowns have been conferred by commanders, this alone on a commander by his soldiers. The same crown is called the siege crown when a whole camp has been relieved and saved from awful destruction. But if the civic crown is deemed a glorious and hallowed distinction because the life has been saved of only one and even maybe the lowliest citizen, what, pray, ought to be thought of the preservation of a whole army by the courage of one man? This crown used to be made from green grass pulled up from the site where the besieged men had been relieved by some one. For in old times it was the most solemn token of defeat for the conquered to present grass to their conquerors, for to do so meant that they withdrew from their land, from the very soil that nurtured them and even from means of burial. This custom, I know, exists even today among the Germans.